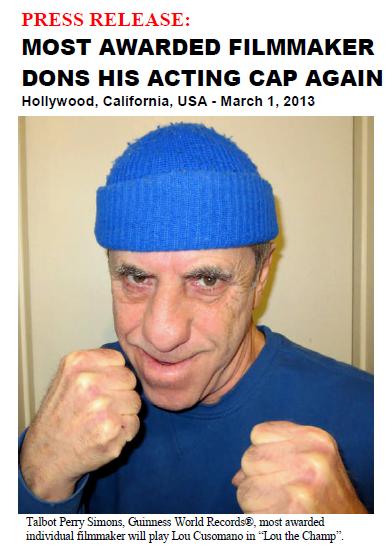 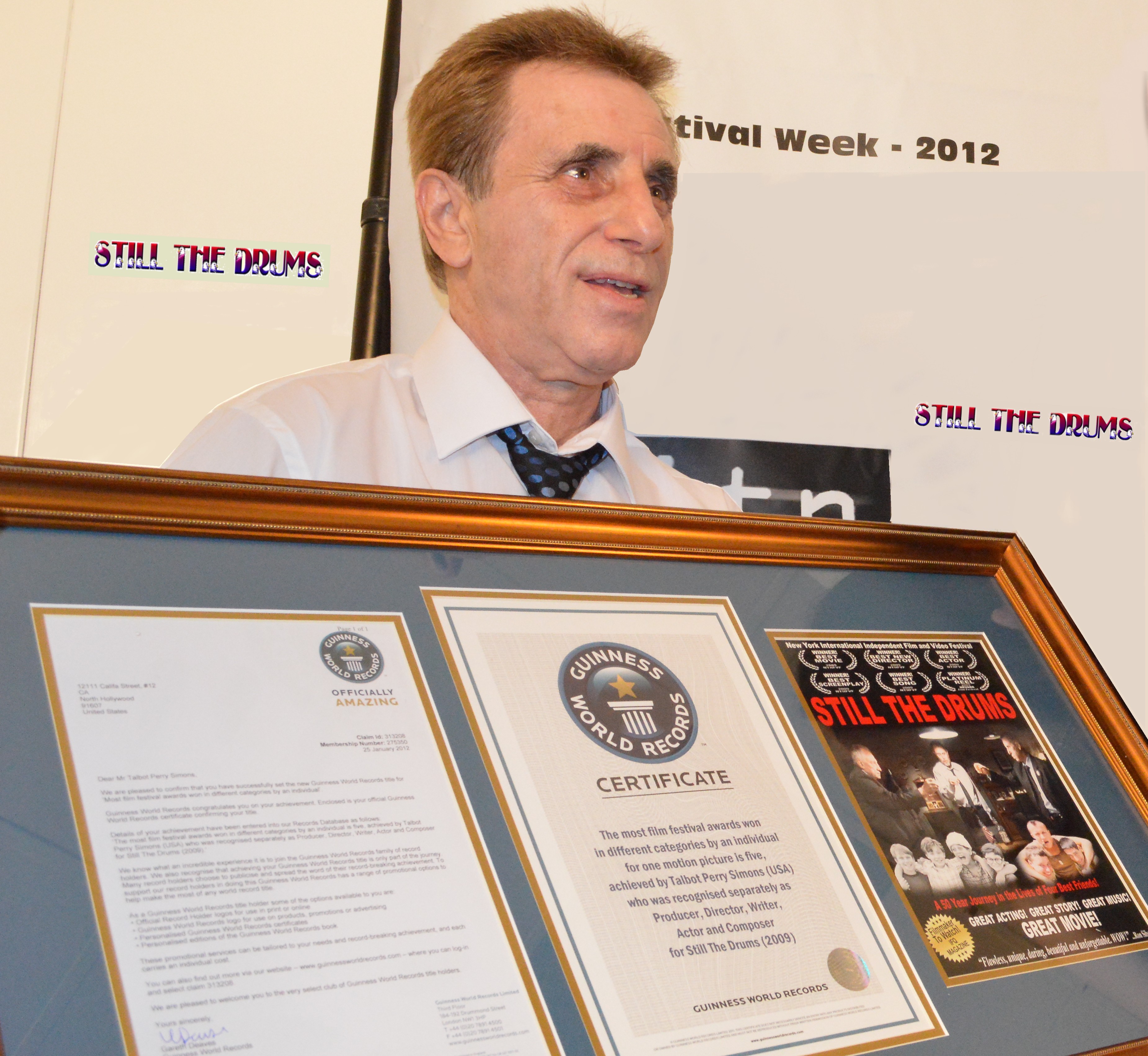 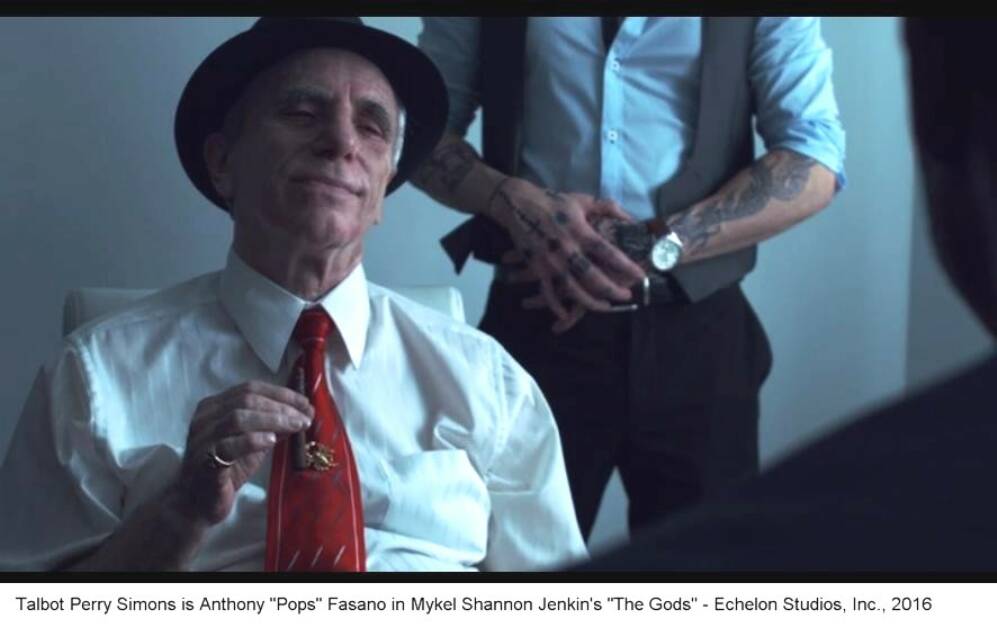 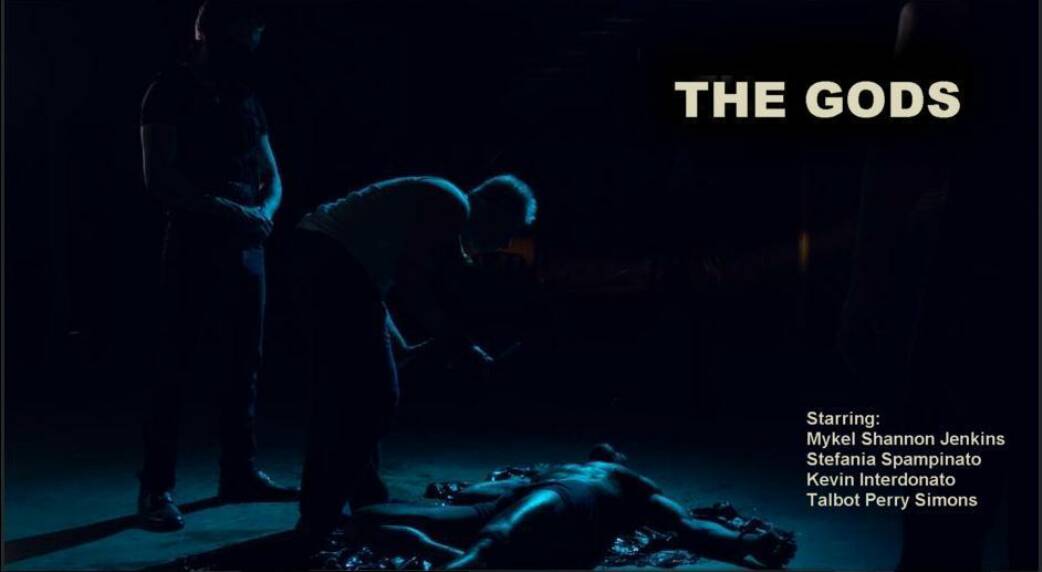 VIEW on YOUTUBE
“The most film festival awards won
in different categories by an individual" is five, achieved by Talbot Perry Simons (USA) who was recognized separately as Producer, Director, Writer, Actor, and Composer for Still The Drums (2009).”
GUINNESS WORLD RECORDS® 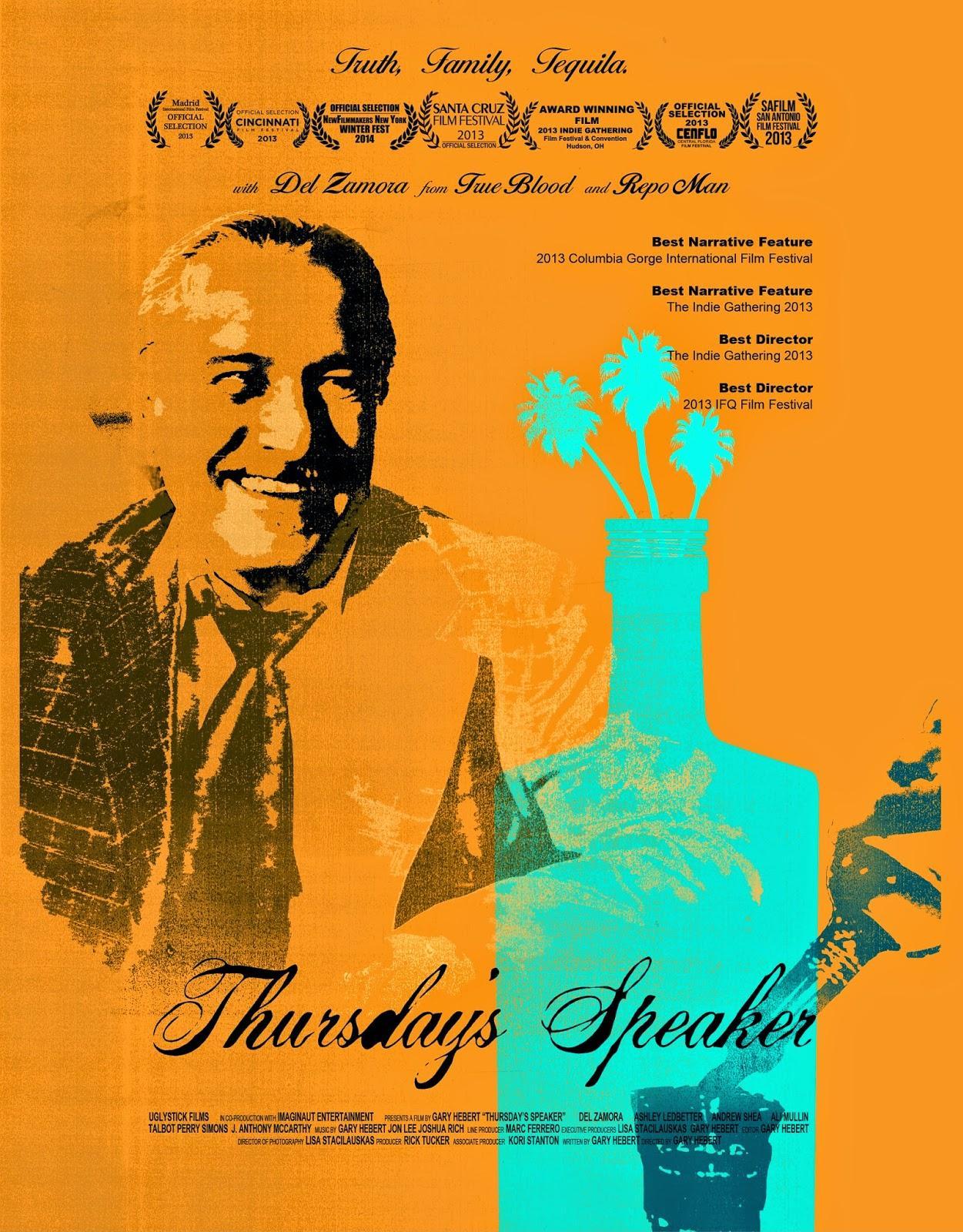 "Thanks Talbot! You're a great actor! I love your acting."
...Eric Louzil - Distributor "The GODS", President, CEO Echelon Studios 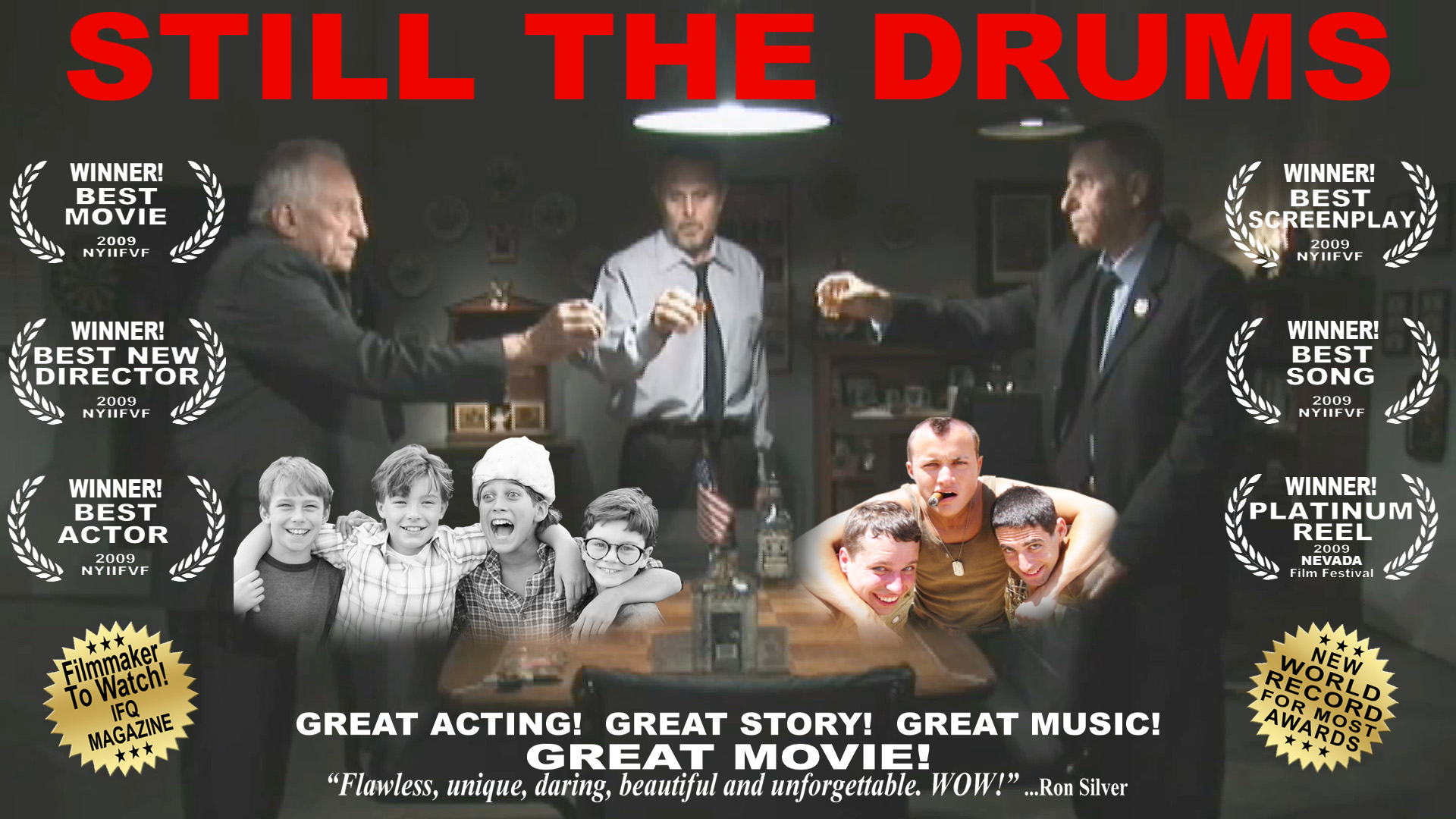 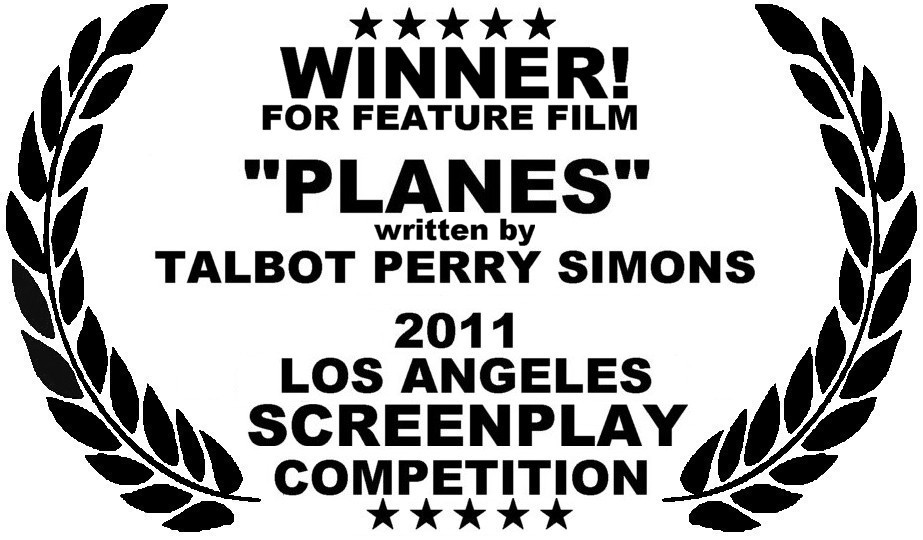 IN THE EARLY STAGES OF PRE-PRODUCTION FOR MY NEXT FILM! 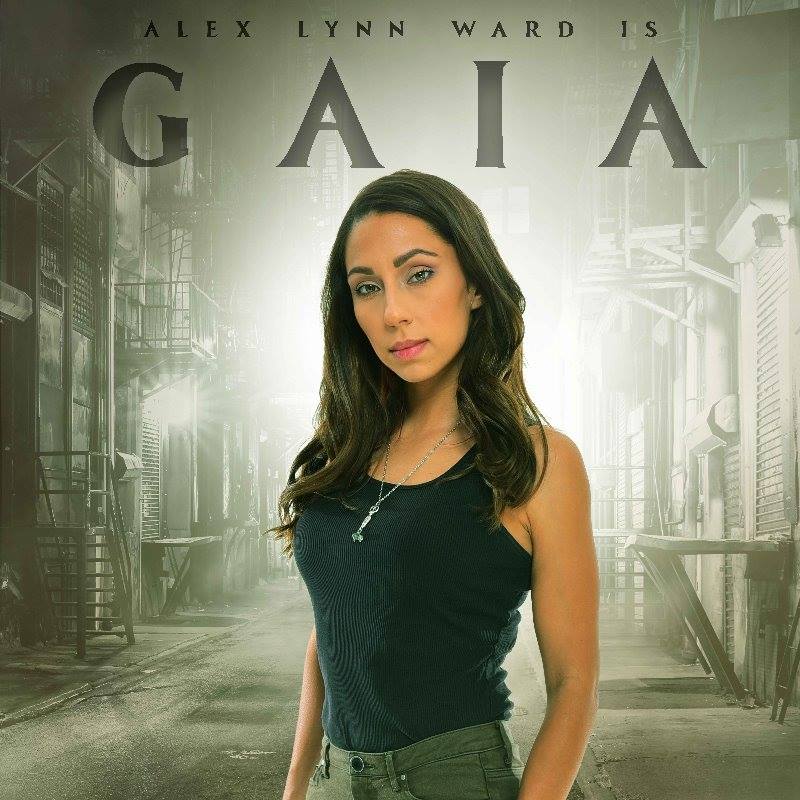 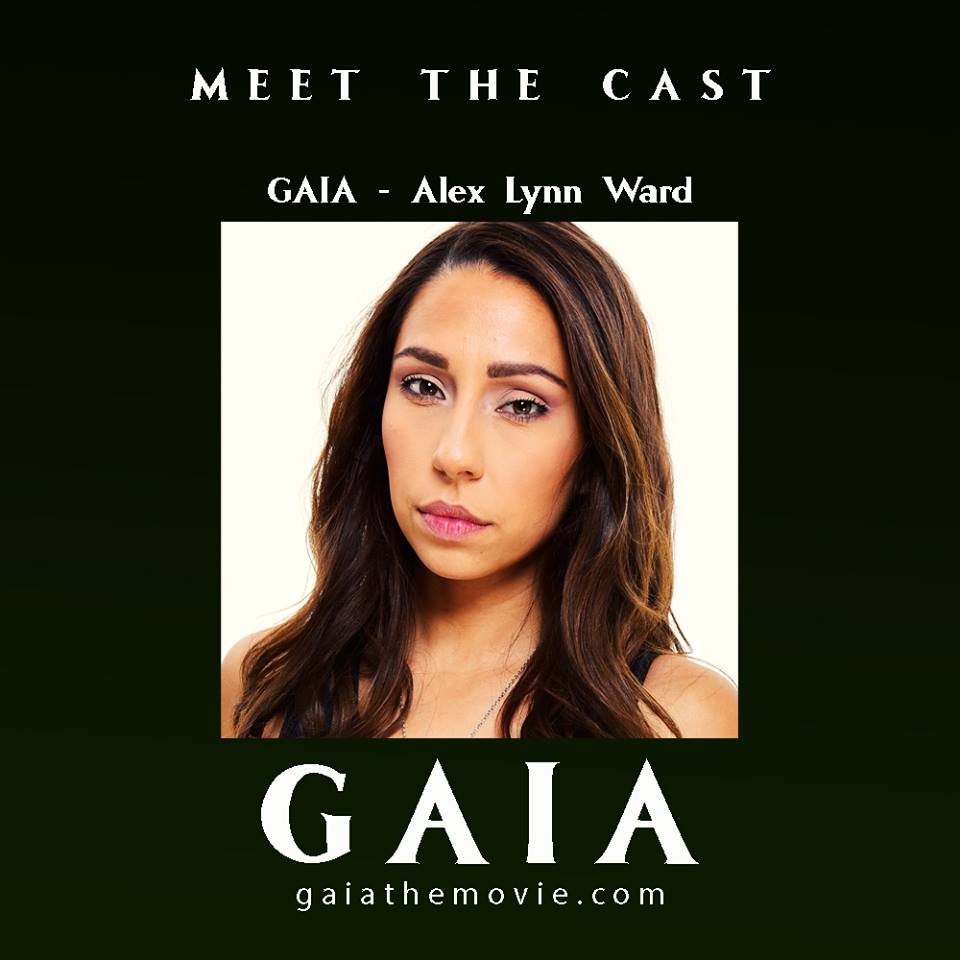 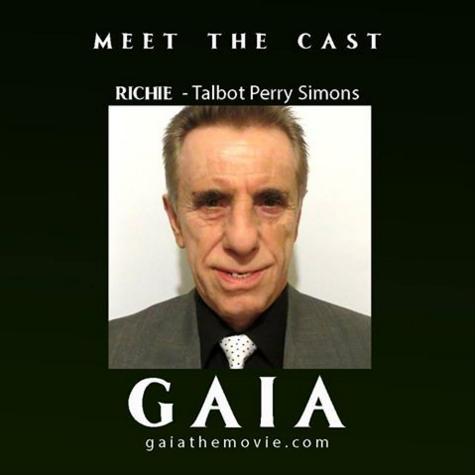 It was an immense pleasure to work with Talbot.  His talent and his generosity with his ideas and creative contributions elevated his character and the overall film to a new level.  Great experience! Thanks Talbot!!
...GUSTAVO SAMPAIO - CEO, GS PRODUCTIONS, LLC & Producer, Director - "GAIA"ext. 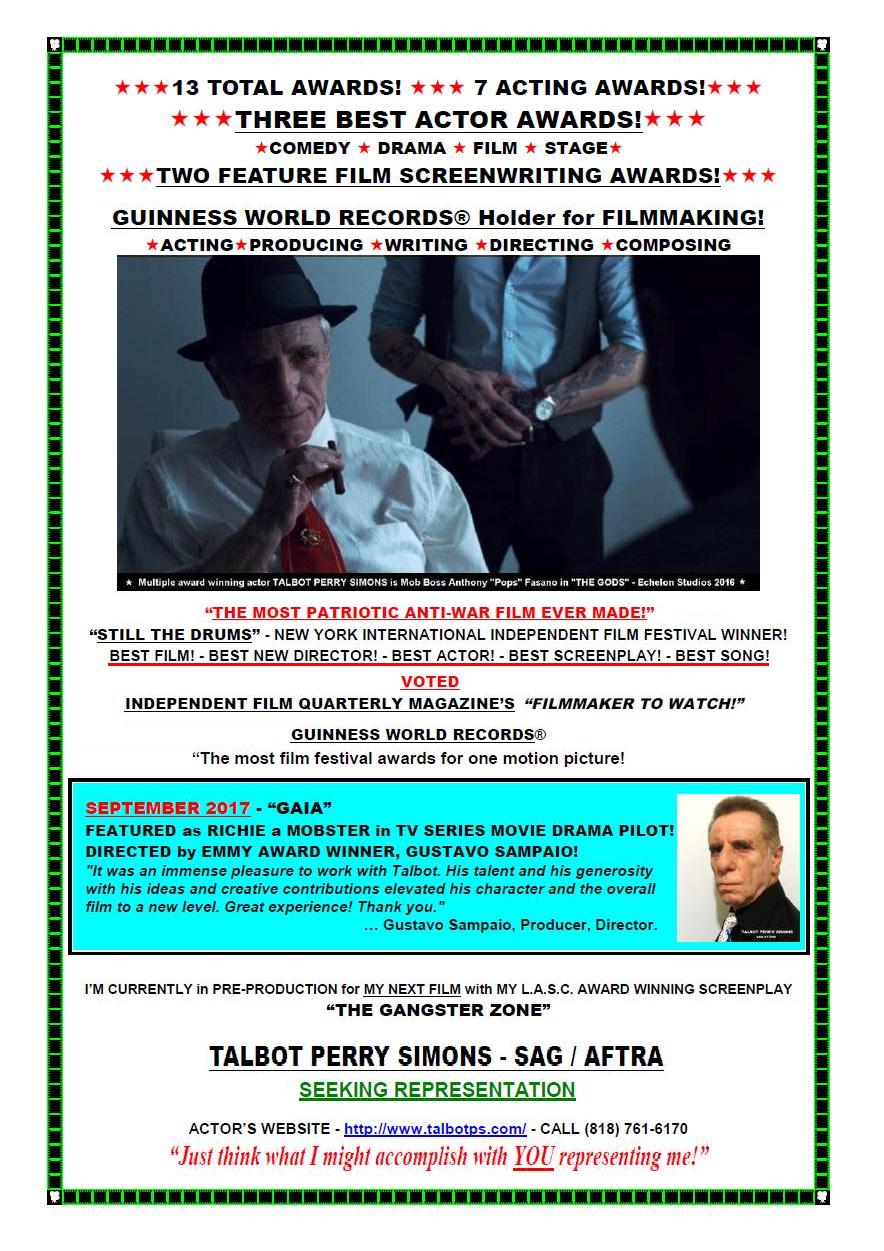 "THURSDAY'S SPEAKER"
DIRECTOR'S QUOTE about MY AUDITION:
I knew at the first audition that Talbot was what I was looking for. "He had amazing energy. He came into the room like gangbusters, totally ready to go. He was a lot of fun right from the beginning, so I thought he'd be great in the part." Hebert still thought so after they were done shooting. "It was great, Talbot is a very hands-on, physical actor. He loves having lots of little props, and he will come up with all this stuff on his own. He's always adding something or bringing in some new idea. He's really professional and totally prepared; I'd love a chance to work with him again."
...GARY HEBERT, PRODUCER/DIRECTOR  "THURSDAY'S SPEAKER"
"LOU the CHAMP"